Been feeling that it's maybe time to give up on this crafting lark !  Since Christmas I have really had no inspiration whatsoever and other that making cards for the  design teams I'm on I don't seem to be able to rouse any enthusiasm to do anything.  I have a friend who is always saying she has no inspiration either and THEN she goes and posts on facebook a whole raft of super cards ( You know who you are !!! ) Well she had used a sheet of painted paper she had made at a class so I decided maybe I could take some inspiration from her so I made two A4 sheets of card using brusho paints and then cut them up and made a batch of cards with them, nothing wonderful but at least it got me doing something instead of staring vacantly at my stamps and doing ziltch. So here's a couple of pics of them 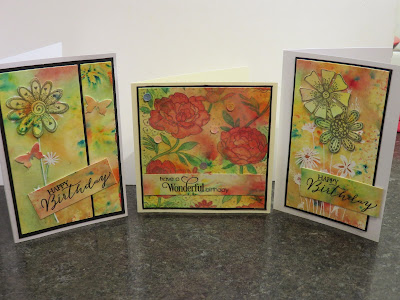 It's been awhile since I played with the brushos, think I'm a bit heavy handed with them and maybe should leave some white areas but had fun.
Posted by Joan at 23:37 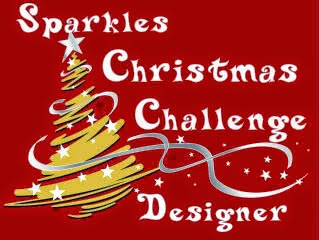