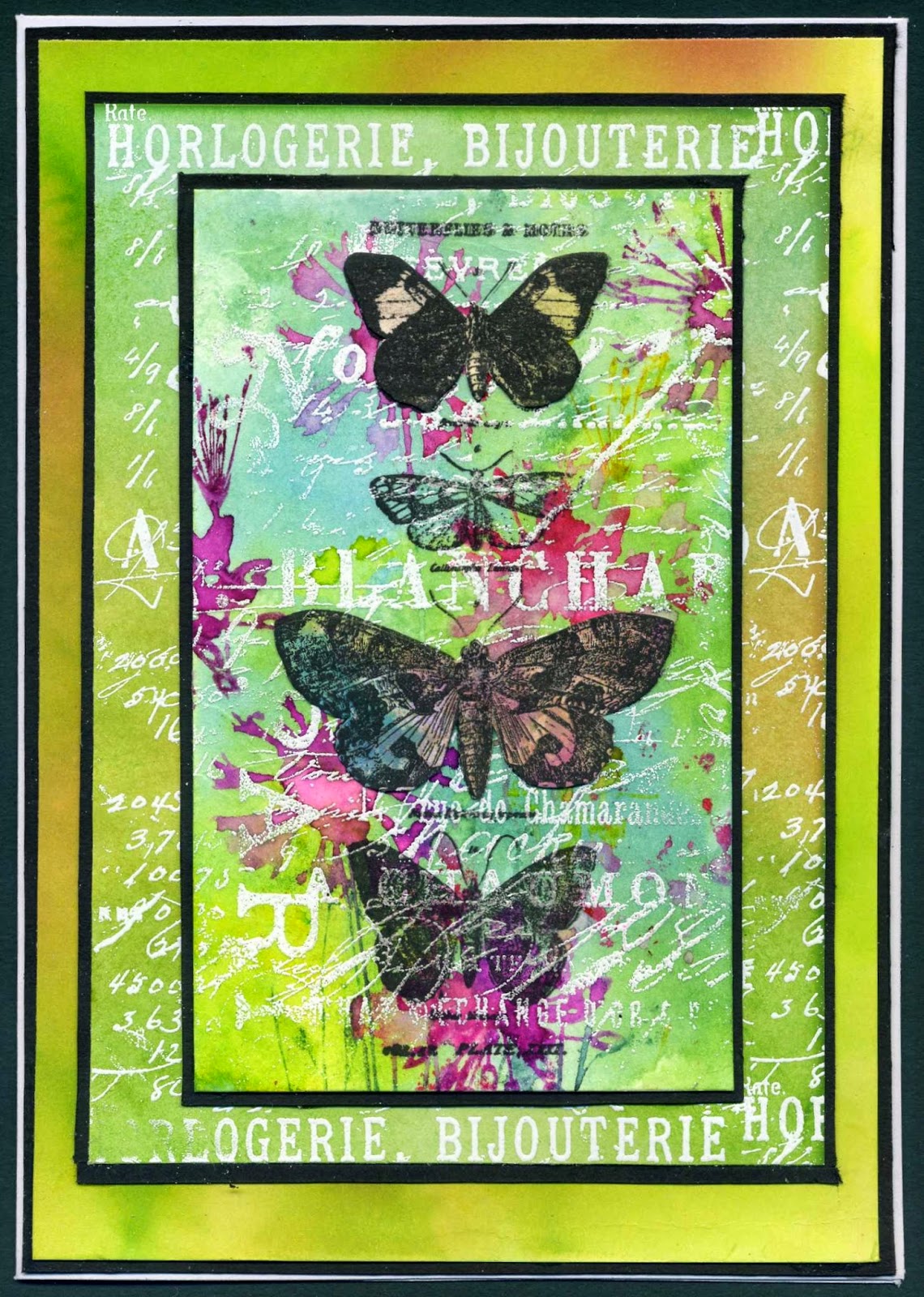 Last year I joined in an ICAD swap (think it was last year ?) never being happy with what I make I had made several which were not used, found them the other day, along with a box full of tags, anyhow this topper is one of them, struggled to put it on a card until I suddenly realised I was trying to use it with a square card and it just didn't go! I hardly ever used anything but 6x6 cards but I did have a few 5x7 so tried it on one and yes, made all the difference. The two back layers are out of my mountain of inky papers, stamped the middle one with the same TH stamp as on the topper and mounted all the layers on black card, will maybe add a sentiment later.  Just squeezing it in for

Make My Monday - Tags or toppers

and after my yesterday post about my printer, my DH squirted some magic stuff  from an aerosol into various apertures in the printer and hey presto its working again! I am still looking for a wireless printer but can take my time in finding the right one.