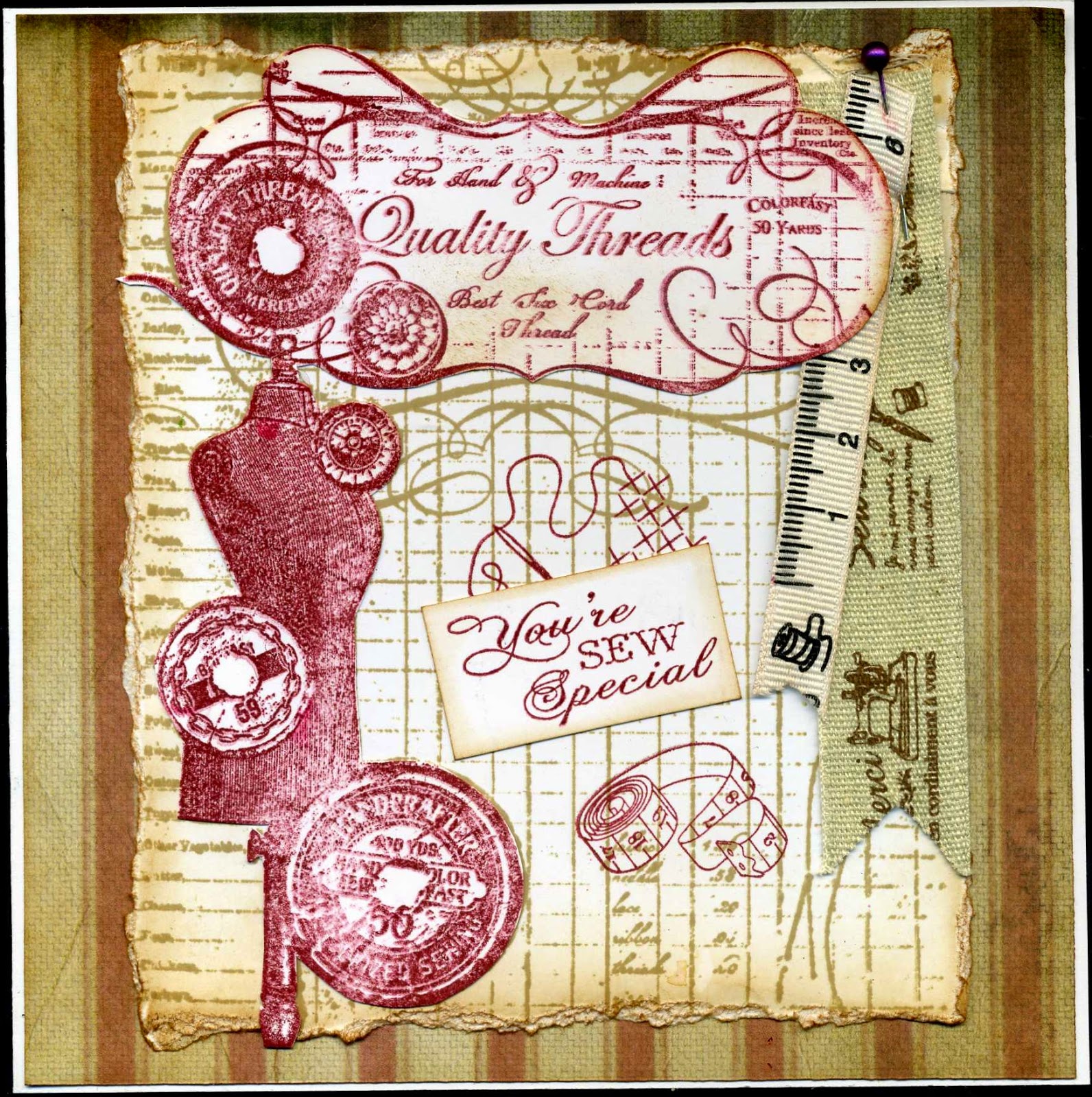 Saw a couple of challenges that mentioned sewing and I don't need much encouragement to get out my sewing themed stamps.  This card is not as dark as it looks on here, the backing paper has a red stripe but it looks brown on here, can't get it to look any brighter! Justrite Grandmas attic stamp and a few bits of sewing theme ribbons.

A sequel to the shrew drama yesterday, this morning we were presented  with a headless corpse ! It was even smaller than the yesterday one, there are times when I just hate my cats !!!! We are keeping them in at night as it seemed to be then that they did their hunting, as shown by the times they brought in live mice in the middle of the night but it seems they have just changed their hunting times too.